If you have been hearing about Shopify and wondering what it is, then here’s your answer:

We’ve answered as many questions as we can about the ecommerce platform, and we are adding more answers each week. Read on to get your question answered about Shopify. Or ask your own question about using the resources in this post.

Shopify is a cloud-based ecommerce store platform used by businesses (and many entrepreneurs) to set up online shops that can sell almost anything. You can visit the company using this link.

Where can I get an online demo of Shopify?

You can register for a free 14-day trial of Shopify to test it for yourself using this link.

How did the company get started?

Shopify was a privately owned Canada-based ecommerce company located in Ottawa, Ontario, that developed and maintained software to make it easy for online stores owners to sell their products on the web and via retail point-of-sale systems.

According to Wikipedia, he company was founded in 2004 by Tobias Lütke, Daniel Weinand, and Scott Lake after attempting to open a store they called Snowdevil. The online shop was initially based on software written by the company founders and became the basis for Shopify. The company says it has 377,500 merchants using its platform. Total gross merchandise volume exceeded $15 billion.

Shopify went public on May 21, 2015 and is trades on the NYSE with the ticker symbol SHOP (info) and on the Toronto Stock Exchange (TSE) with the symbol SH.

Who is Shopify designed for?

Shopify’s market ranges from SOHO entrepreneurs through major businesses that want to operate online stores. It is versatile enough to build a quick store from a template through to a highly customize multi-national, multi lingual platform enterprise ecommerce operation.

What are Shopify’s strengths?

Here are a series great features offered on the Shopify platform:

What are Shopify’s weaknesses?

What does Shopify cost and what fees will I have to pay?

Most customers opt for the $29 or $79 per month subscription. If you use Shopify Payments to offer credit card payments (recommend) then there is a fee assessed of 2.9% for each transaction, plus a flat fee of $0.30 per transaction. This drops to 2.4% (plus $0.30 per sale) if you choose a more expensive monthly plan.

You can sell pretty much anything. Both physical good as well as digital products such as software, videos, audio files, courses and more.

The limitations on what you cannot sell using the Shopify Payments gateway include:

For a full list of prohibited products via Shopify Payments visit this page and scroll down or search for the heading “IP Infringement, regulated or illegal products and services”.

However, you can navigate around this issue…

How to get around prohibited product limitations

Integration of a third party gateway will allow these items to be sold via a Shopify store. Note: Shopify actively promotes its platform to wineries.

Can I install the platform on my computer?

It is not installable on a computer, because it is cloud-based. You interact with Shopify via a web browser connected to a broadband Internet connection.

Does it work with WordPress?

Shopify has “buy now”  buttons that can be integrated into a WordPress website. That said, the ecommerce technology resides on its own hosted platform. It is separate from a WordPress site. Integrations between the platforms, that appear seamless, are possible. Webmasters do not integrate the core Shopify technologies into WordPress as they would with a plug-in product. Unlike WooCommerce, which has tight integration with WordPress, Shopify is not a plug-in.

Can my store have its own web address?

When you first setup your Shopify store its address is https://somename.myshopify.com – where “somename” is the store name you specify. There is a tool to connect your store to your own web address (web domain) in the store controls.

Shopify is not installed onto your desktop or laptop computer. It runs on an Internet cloud-based service, and can be accessed via any web browser. As a result, it works on both Windows and MacOS.

The platform’s ecommerce and setup tools work in any modern web browser. These include Google Chrome, Apple Safari, Mozilla Firefox and Microsoft’s Internet Explorer.  Shopify can also be managed using a free mobile app on a smartphone or tablet.

What kind of computer do I need to run it?

Any relatively modern computer that has a broadband Internet connection. If you can access and view videos on Youtube with relative ease, then Shopify will work well on your computer, however computers or mobile devices with faster Internet connections provide a much better experience.

Is Shopify difficult to learn?

No, you can learn the basics on setting up an online store in Shopify in about 30 minutes. The company has gone to great lengths in recent years to provide decent a support library and good phone support. 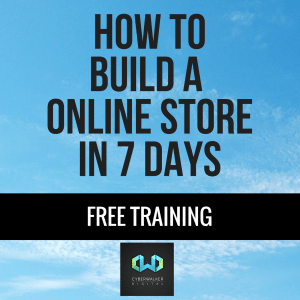 Want free Shopify training? Sign up for our free 7-Days to a Shopify Store guide and mini-course.

Does a store on the Shopify platform require programming experience to operate?

Non-technical people can easily setup and run a Shopify ecommerce store. Understanding basic web technologies like HTML and CSS will give you a huge advantage as a store owner.  However, this knowledge is not necessary or mandatory, but it is useful if you want to hyper-customize your Shopify online store. Store owners will find it very useful if they understanding the aforementioned technologies, plus the LIQUID language.

Can I sell in my country’s currency?

Shopify can be setup to sell products in almost any currency, however, each country’s financial regulations dictate some credit card clearing features. Shopify Payments, for example, is not available in all jurisdictions.

Does Shopify work with Paypal?

Yes, Shopify can be setup to include payments through Paypal or using Paypal and credit cards.

Who can help me setup a Shopify store for my business?

There are many third party businesses that will help you set up your Shopify store. We have an active Shopify consulting practice at Cyberwalker Digital.

Who are Shopify’s competitors?

Shopify competes with other cloud-based ecommerce platforms and companies such as Volusion, BigCommerce, and Square. The company’s Shopify Plus offering also competes with Magento, an eBay ecommerce technology spin-off, in the enterprise space, which is installable on your company’s own web server, but  is a better fit for large-scale retailers and building high-end ecommerce websites. Shopify also competes with the WordPress plug-in WooCommerce.

Our company built this Shopify store for two Canadian entrepreneurs. Here’s another Shopify store we created for a forklift dealer in California.

What do the backend tools and dashboard look like on the platform:

Here you can browse screen grabs of the Shopify editor and publishing tools:

Which programming technology was used to build Shopify?

Shopify’s core technology is built on a developer technology called Ruby on Rails. Shopify is also based a huge suite of additional technologies. There’s a good Quora article on that here.

Does Shopify have an entry on Wikipedia?

Yes you can see what Wikipedia has to say about Shopify here.

I have an question not answered here, who can I ask?

We’ve done our best here to answer the question: What is Shopify. However, if we have not answered your specific question, you can email us at info@cyberwalkerdigital.com.  We will do our best to answer any Shopify questions you have. Please note that turnaround on answers may be a few days.